Found this bicycle on Veterama, Mannheim. First i thought its an modified safety from around 1895 so i bought it… when i took a more precise look at it at home i realized that its not that old and thought its just a fake and i got fooled by the seller. But then someone from the french bicycle collectors forum forum.tontonvelo.com helped me and identified the bicycle as an original „Les Cracks“ movie bicycle from 1968! In top condition, everything original like in the movie! I was really excited about that, never before a moviestar lived in my house! 🙂 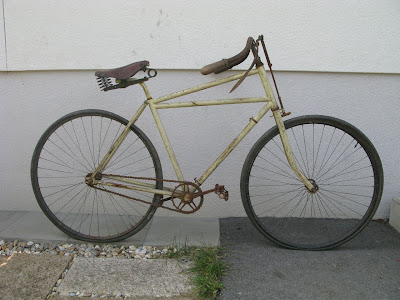 The bicycle is made like an old safety from 1895. Its even radial spoked, got a 1 inch chain and chainwheel, special fork, very wide handlebar fixed like they did it back in the days of safetys and the frame is special made, 2 upper tubes – there were about 100 exemplares of this bicycles built extra for that movie! I know that some more have survived, a red and a blue one, of course in france… 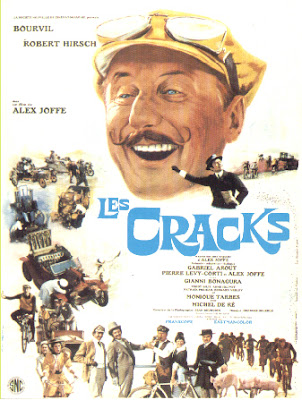 You should see the movie, its really funny! Available in french, english and german language.

Later i had to sell it, i needed the money for the new penny farthing. Sad, but thats life, you cannot own all the nice bicycles in the world, can you? 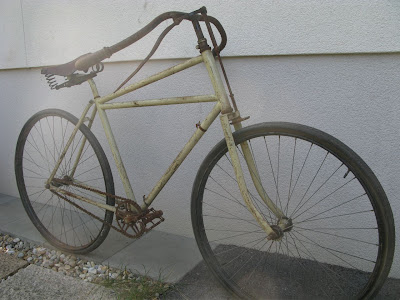 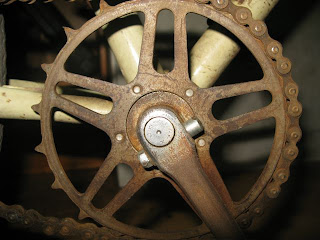 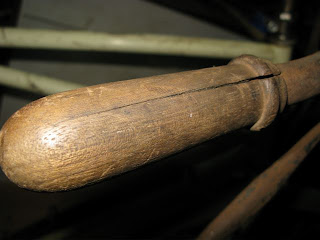 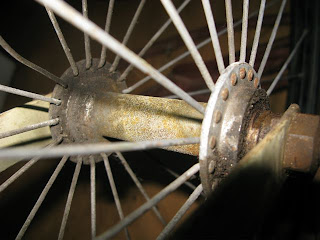 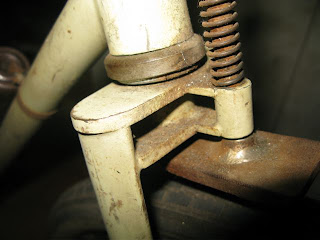 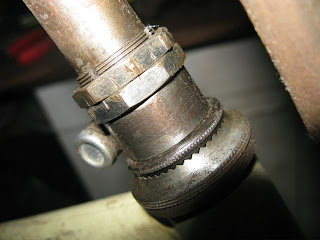