A short trip to Netherlands to pick up some bicycles, spending hours in Velorama and then visiting the Veterama – Europe´s biggest market for veteran vehicles and parts – for sure was one of my best bicycle-related weekends 🙂

It started with visiting a collector of motorcycles and bicycles who owns a 1899 clipper (ship) that now works as a storage room for his collection. He wanted to sell some bicycles and i couldnt resist, so i bought two nice one-inch-chain bikes, maybe french ones, approximately built around 1898. There was so much too see and explore in the ships hull but less time, Velorama was waiting (the close at 17.00) and friends told me that you can spend days there looking at the bicycles… and so it was.
On three floors you can see hundreds of bicycles – from velocipedes to ordinaries, safety bicycles, tricycles, a lot of different parts and all sorts of extravaganza. Most of the vehicles are restorated, new color, new nickel, which i dont really like, but the bicycles itself are so special and rare that you have to ignore that fact. Because they changed the positions of a lot of bicycles some days before we arrived the nameplates were totally wrong, which was very confusing. But i ignored that fact too.

After Velorama came Veterama. It wasnt that exiting that it was in the years before, because
• the weather was bad with a lots of rain
• the offered bicycles were nice but not really top
• i ve been there before and had seen too much before

Nevertheless i found a very nice Cripper tricycle and although its restaurated i bought it. I like the way it is built, the big rear wheels (40 inch) and the fact that its very orignal (i got a foto documentary of the finding condition too). Hope to ride it soon. 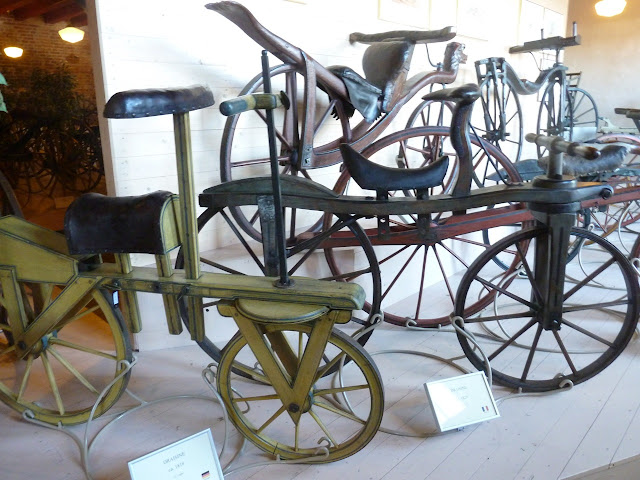