One of the key figures in bicycle development in Coventry in the 1880ties was George Singer, born 1847. He was working with Josiah Turner and James Starley at the Coventry Machinists Company, left for Paragon Cycle Co in 1873 (100 years before i was born), because he only was interested in bicycles – and CMC was still into sewing machines too. Paragon was much smaller than CMC, so George Singer soon started his own business – Singer & Co Ltd. – building ordinary bicycles and tricycles. He got very famous and wealthy, 1891 he became Mayor of Coventry for 3 years. In 1909 he died. 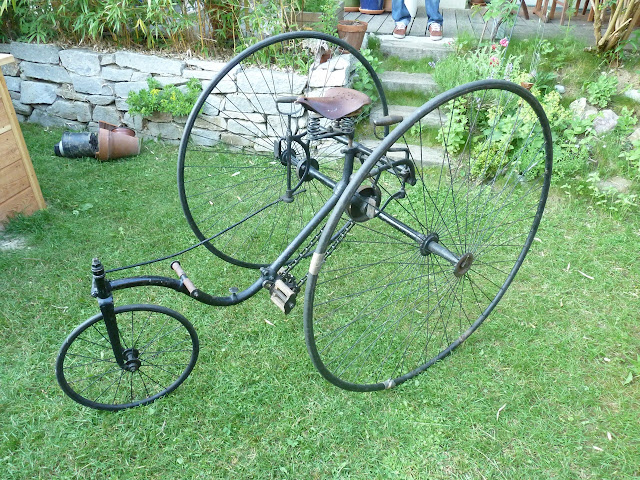 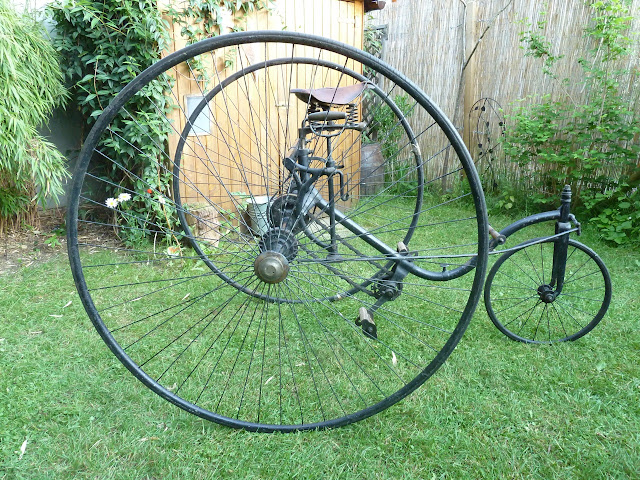 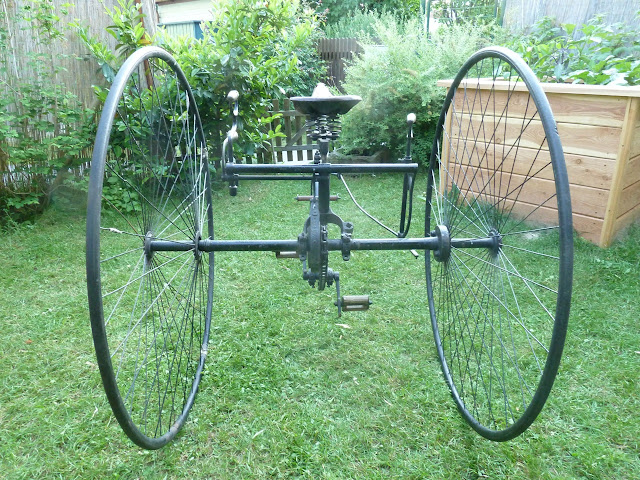 This is a 1885 George Singer built tricycle of the Salvo type – small front wheel, two big rear wheels. Its the Apollo type tricycle, front stearing, central geared. Its in a rideable condition, almost all parts are origin, some spokes must be repaired. It has 44 inch back wheels, which was the common size for tricycles of this type. This tricycle too was available with the Singer-patented telescopic rear axle for making the tricycle smaller so it would fit through a door. Mine one doesnt have this special axle.
Its equipped with a differential, a band brake and a cograil steering – every part works very good. 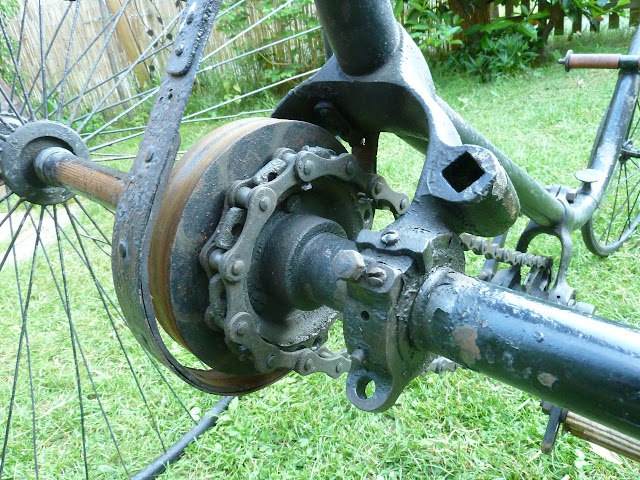 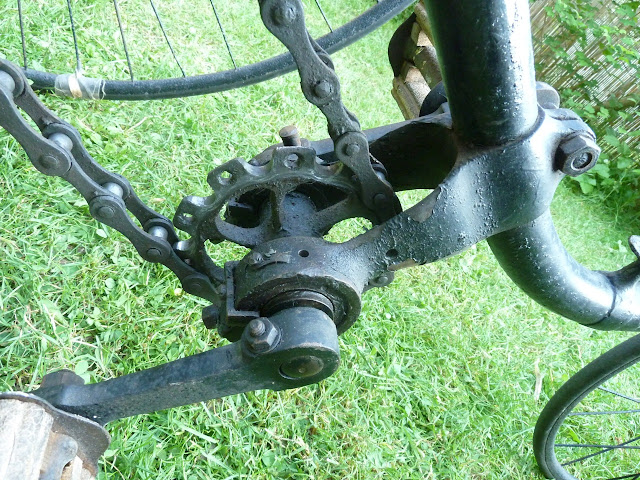 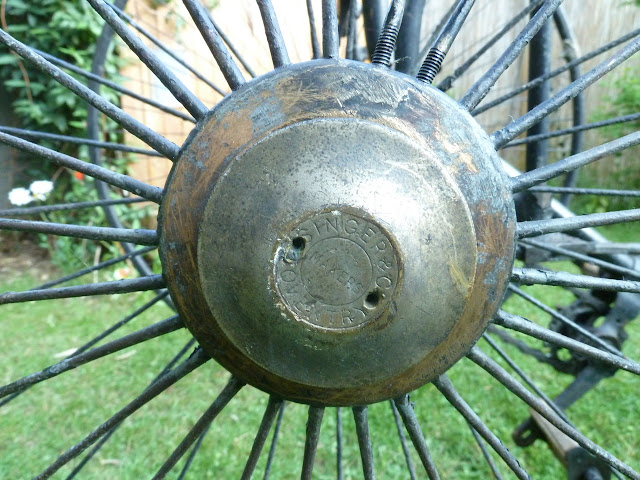 Tricycles were much more expensive than ordinary or safety bicycles, this Apollo cost 175 US-dollars (Singers ordinary bicycle „Challenge“ cost „only“ 105 dollars) – without the telescopic axle, for that you had to pay 15 dollars extra. 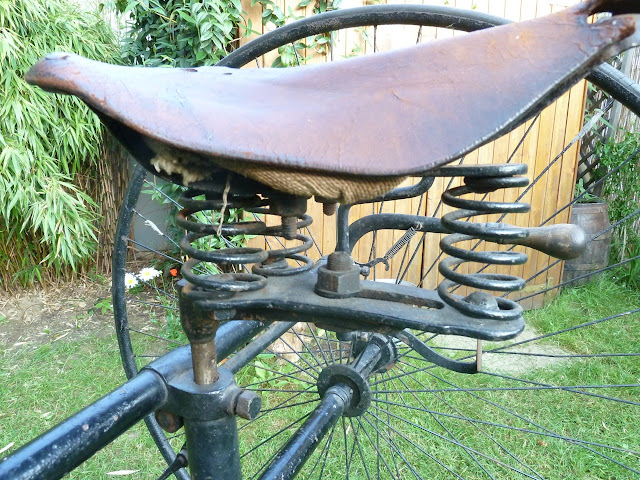 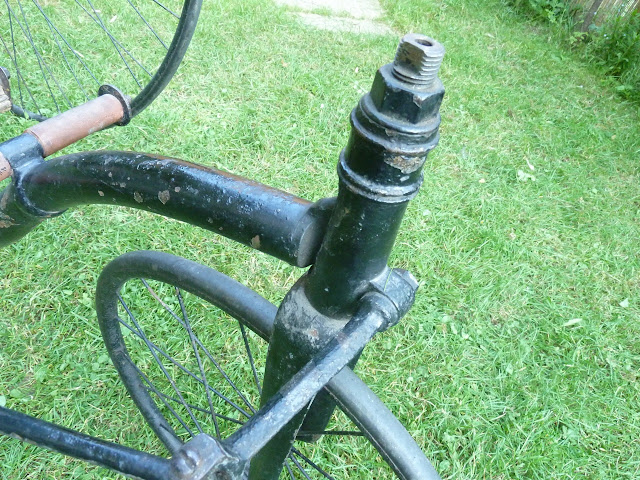 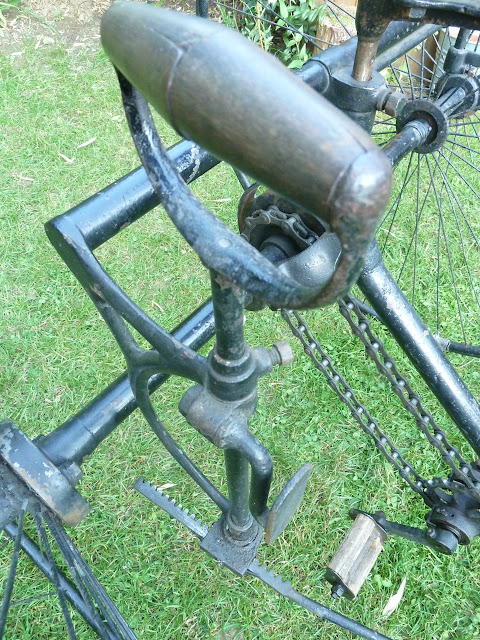 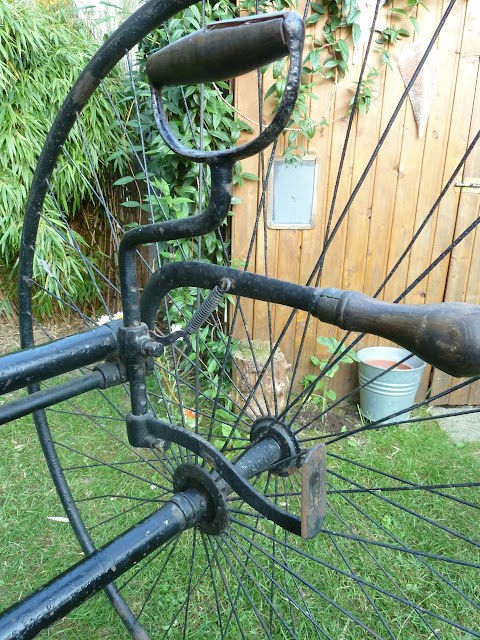 Because tricycles were built for older men, doctors and woman, its very easy and safe to ride… but you really get fast on it 🙂 see video below: 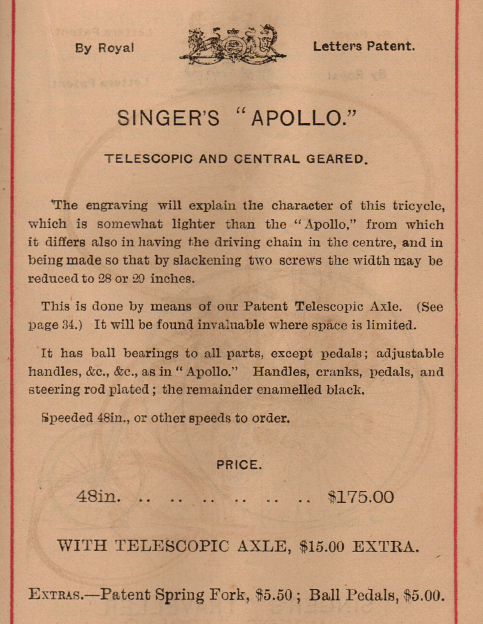 As you can see in the US 1885 catalogue there are some parts different to my Singer tricycle, but the Velorama museum in the Netherlands owns the exact same tricycle as mine. Maybe for US export some parts (seat and rear stack) were changed… 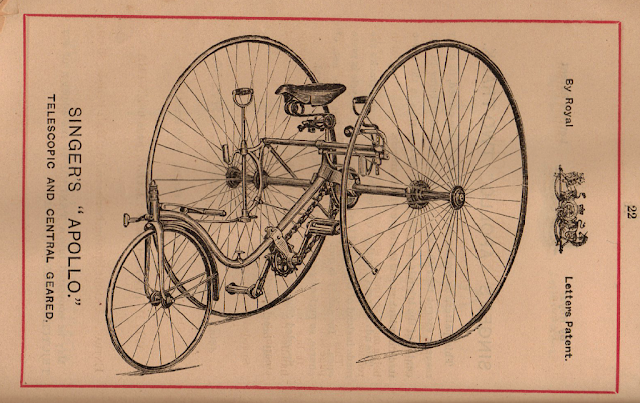