Some weeks ago i fortunately could purchase a very nice penny-farthing, made by french builders Clement & Cie, Paris, France. Clement & Cie was a french bicycle manufacturer founded by Adolphe Clément-Bayard in 1876 as a bicycle repair works in Bordeaux. In 1878 he moved to Paris and opened his bicycle production, a bicycle school and was competing in bicycle-racing too. Soon he got the leading bicycle manufacturer in France, building all sorts of ordinarys, safety bicycles and tricycles.
My new 52 inch bicycle called „Le bicyle Clement No. 2“ was built ca. 1887, and was – so the producers words in the 1889 catalogue – a first class touring biycle which could be used for racing too. Clement No. 2 was the cheaper of two models, the difference to the more expensive „Le bicycle Clement No. 1“ were both wheels with its radial spoking, the round rims and the handlebar.
The price for the penny-farthing was 400 francs, 80 francs less to model No. 1.
For 75 francs extra the bicycle was available with full nickeled frame, for 100 francs the rims were coloured extra. Ball-bearing pedals were 25 francs extra, adjustable cranks were 10 francs extra.
I got it painted red all over, without tires and with a wrong saddle, but the rest was very good and origin, and the best – no spoke was missing. The easter weekend i spent removing the paint all cleaning all parts. At the backbone i found good nickel beneath the step, which shows that this bicycle was a full nickeled version and: when i removed the red paint from the rims i found origin black colour with yellow stripes.
So the first owner spent 100 francs extra for clolouring, and 35 francs extra for cranks and pedals.
Next step will be the seat and the tires, hopefully soon the Clement No. 2 will be ready to ride.
To read more about Clement and other veteran cycles go to http://clement-serial-numbers.clement-kruisframe.cross-frame-safety-s.the-safety-bicycle.antique-bicycles.net/ 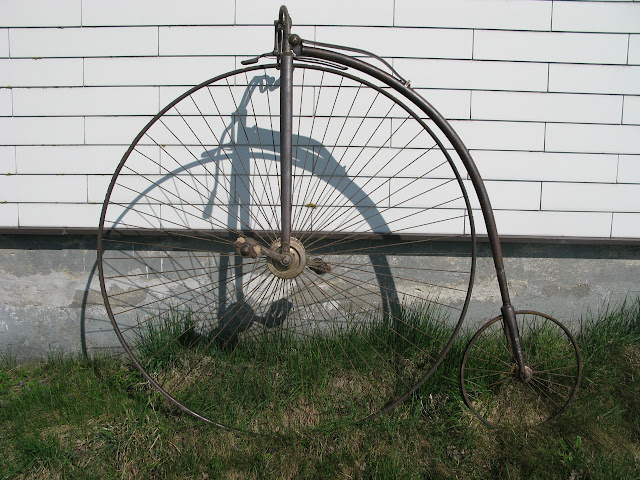 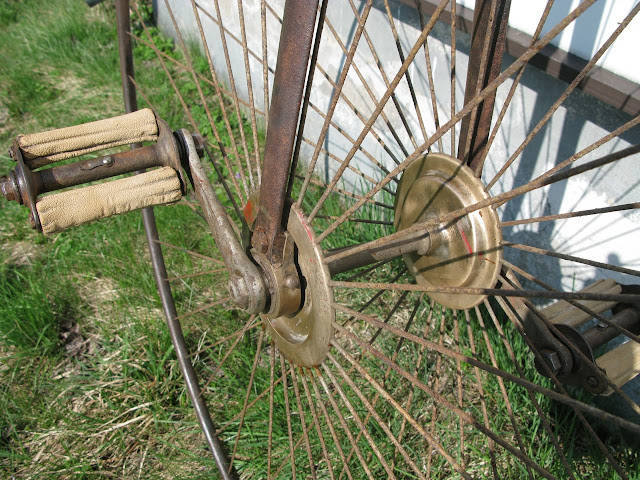 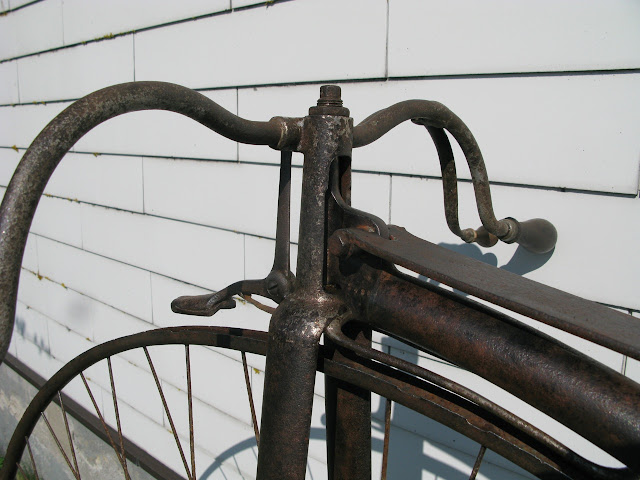 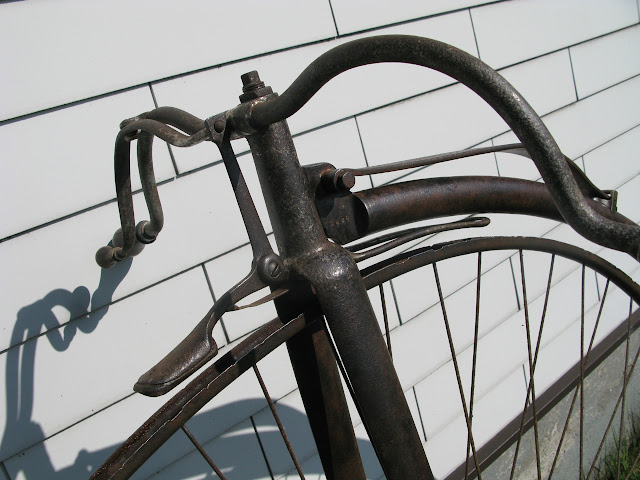 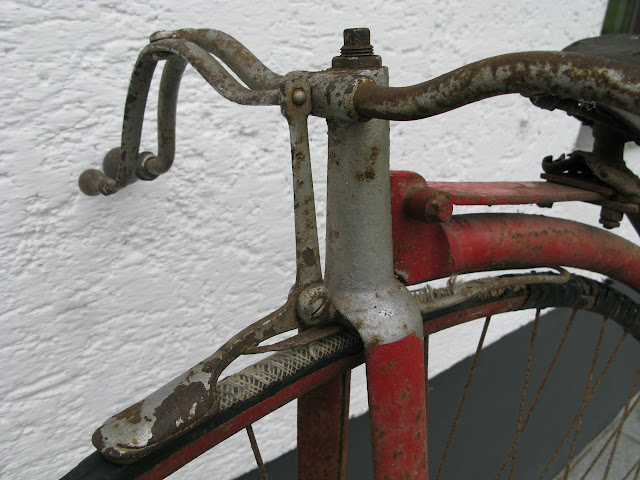 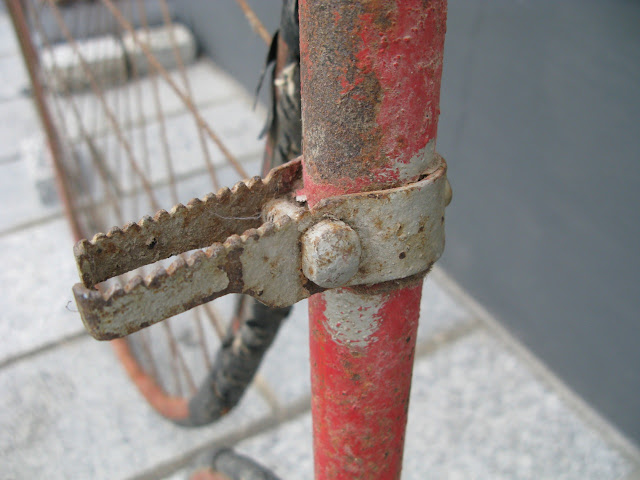 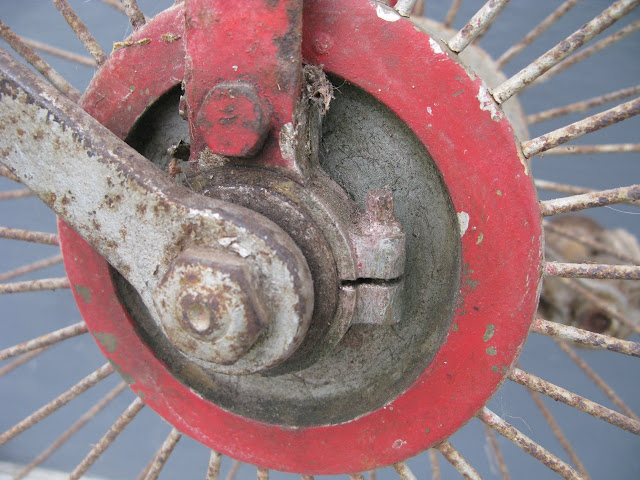 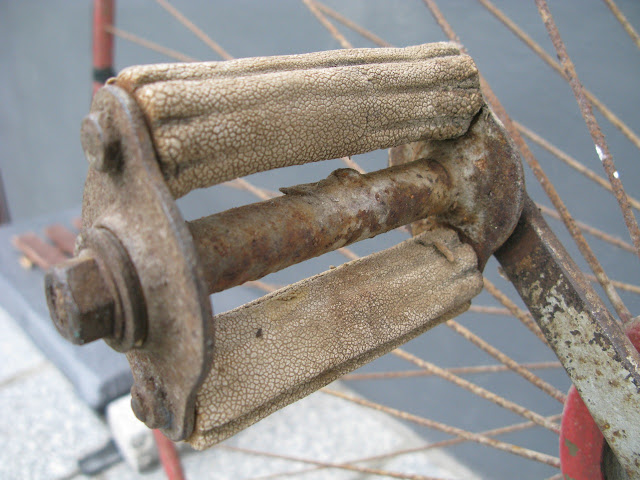 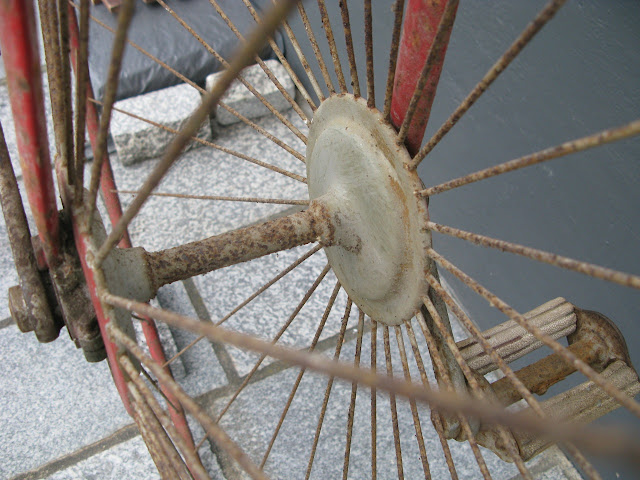 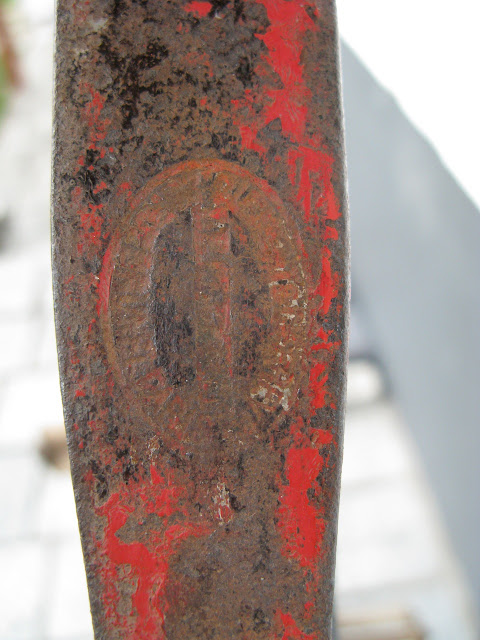 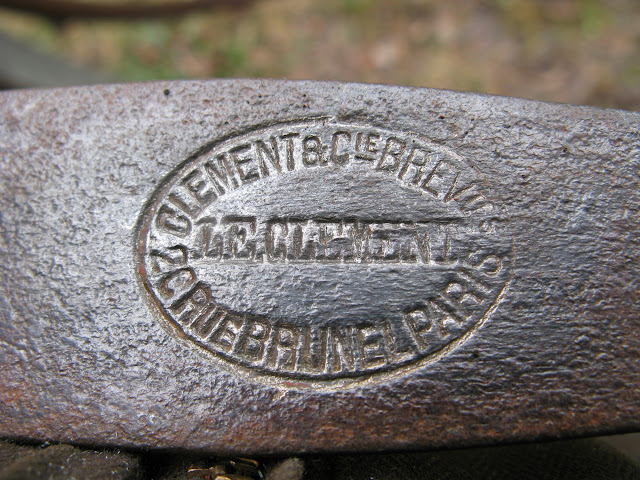 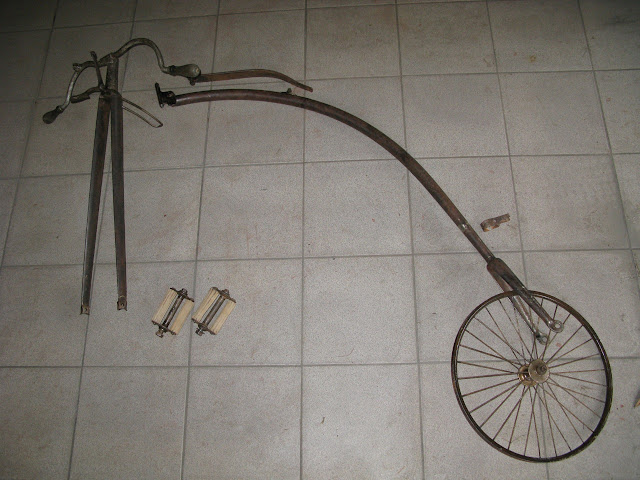 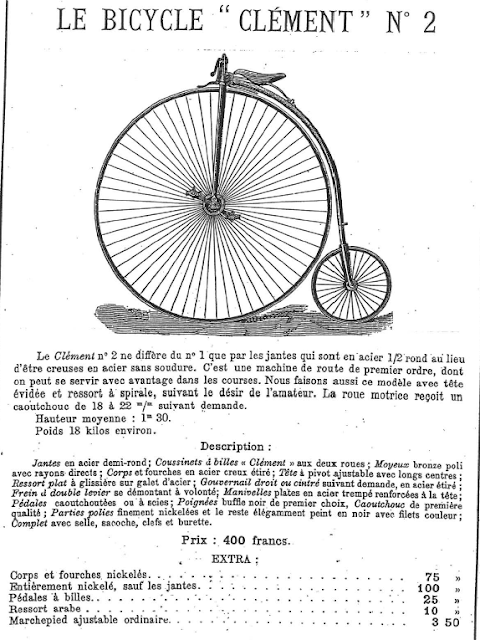