Some years ago, when i was a bicycle-collector-greenhorn (but not less enthusiastic than today) some friends asked me to join a ride to a local bicycle collection – some kind of a small museum. And i said yes.
It was a rainy morning when i met the others on the train from Graz to Fehring, in the deep east of styria. After 30 minutes by train we arrived in Fehring where the tour started – aim was Großwilfersdorf, near Fürstenfeld – about 25 kilometers to go.
I was riding my Meteor bicycle, built around 1900, mostly origin parts and red clincher tires – very rare ones. The two fellows used a german Victoria bicycle from the 40ties and a Junior, Graz, from the 50ties – both much more comfortable bicycles with real brakes.
The streets were empty on this sunday morning, it was a holiday, still raining, and people enjoyed their warm and cosy beds and houses. Only we three were pedaling up and down the styrian hills, sometimes we had to push the bikes… and we even had to wear rain clothes – we really didnt look nice 🙂
Problems for me started when the first long downhill part came, my coaster brakes were not made for such a long continous breaking, the started to squeak and got hot – so i had to stop very often. My fellows meanwhile went ahead.
Back then i also didnt know that old and origin leather seats dont like rain. After 15 kilometers suddenly my seat broke and in had to ride my bike without sitting on it.
Rain got more and more and my old and rare tires didnt like that too. They started to disperse – i tried to stop it in a very puristic way… no chance. 5 kilometers before we finally arrived the rear tire said goodbye with a big bang. So i had to push again.
When i finally arrived at the museum, i was totally soaked and cold. I took a look at the bicycle collection but then called my brother to pick me up by car.
Conclusio: Think first before you use your very old bike 😉 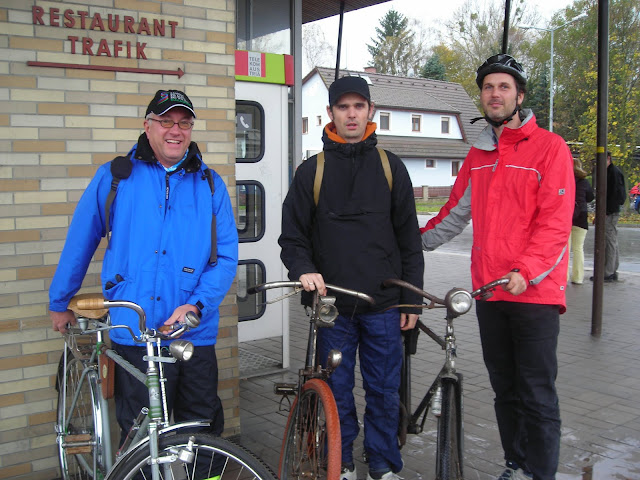 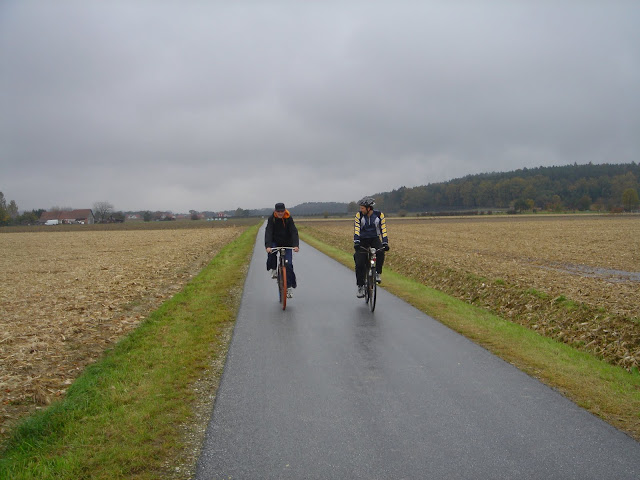 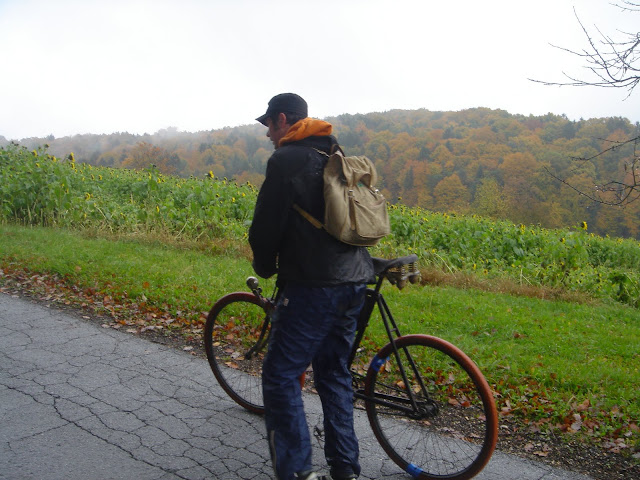