Vintage drawn bicycle postcards is another thing i really enjoy… of course, im a graphic designer myself 🙂
In my small collection of bicycle-related photos and cards i own some of this masterpices of perspective and anatomy too. The details are often very nice, you can see a cyclists whip (used against dogs), a cyclists bell, badges, famous landmarks, etc. – but sometimes the designer didnt know too much about bicycles, frames, handlebars or perspective drawing 😉
Once in a while the same motive appears on different cards with different towns on it, this for sure was an easy and cheap way to reproduce the cards for many customers.
The wonderful handwritten notes are evidence of the time the writter had to write the card. You can really feel the absence of stress. And of course these cards arrived their aim later than todays e-mails, but was that a disadvantage?
A link to a very nice collection of lithographs: roberts lithographs
btw: All Heil is the german salutation of cyclists. 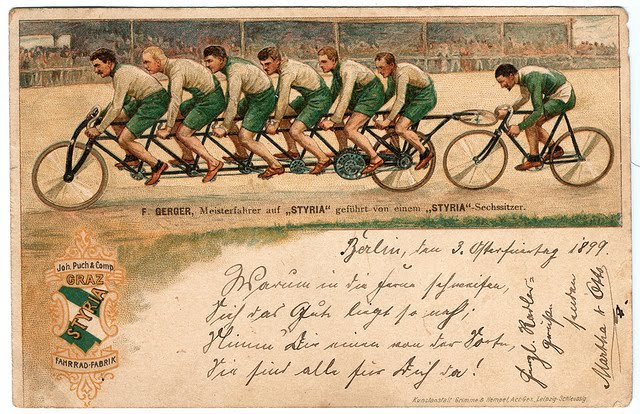 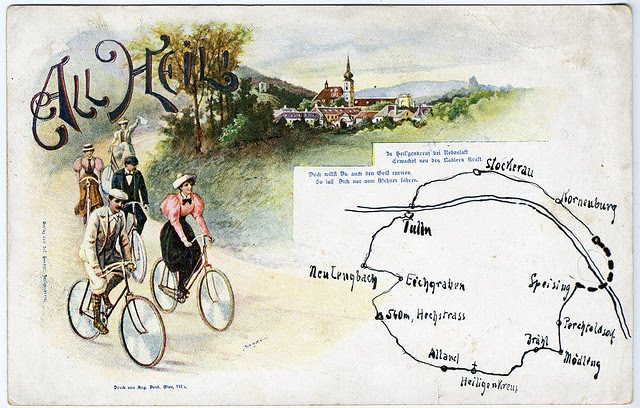 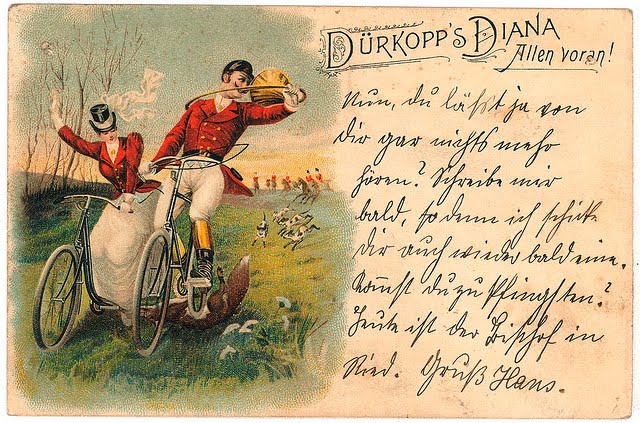 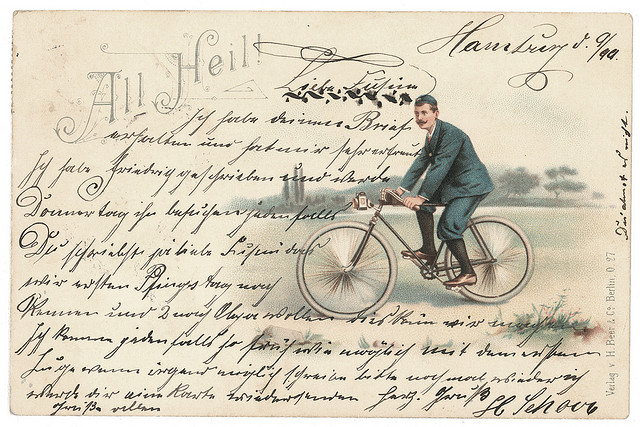 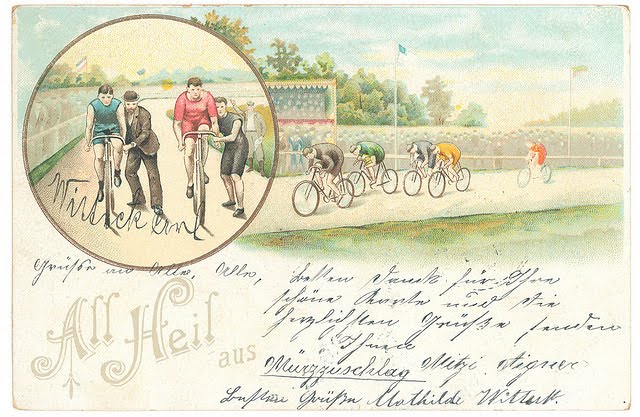 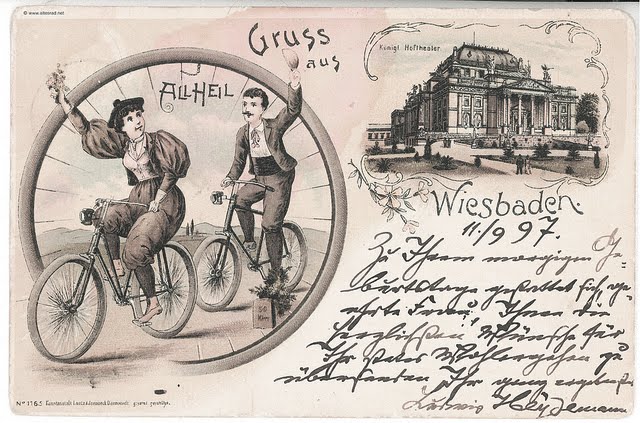 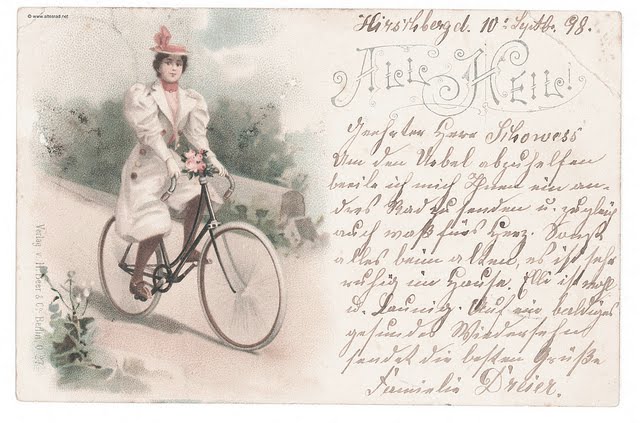 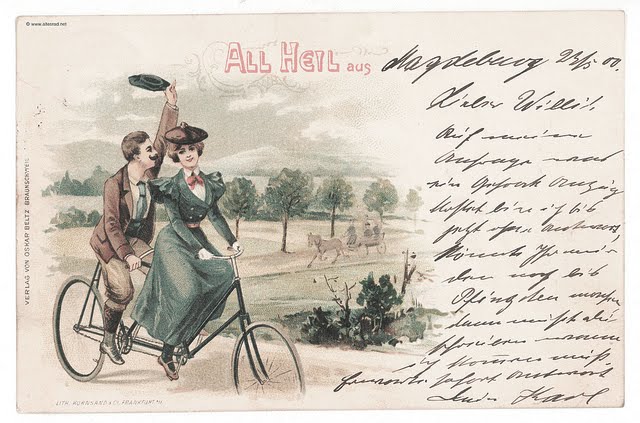